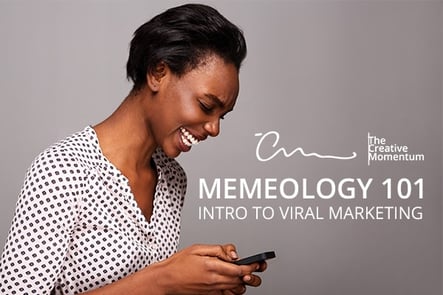 Memes are everywhere. Social Media Marketing is huge. So, it’s time to get with it and reach out to your target market with the latest viral memes, right?

That’s not how this works.

The nature of internet culture – specifically the spread of memes – doesn’t always lend itself to easy marketing solutions. However, it does provide an ample resource to learn about effective messaging and imagery. Without further ado, here are some key points.

Memes Are a Reflection of the Ever Decreasing Attention Span

If you’re trying to capture people’s attention, you have to do it quick. The type of memes that people share vary based on the group in question and the platform that they’re being shared on. However, what they all have in common is that they’re designed for a fast reaction to hit people before they continue swiping or scrolling.

It’s been common knowledge for some time that the vast majority of people only read headlines or the first few lines of any news articles or blog. Long-form copy, lengthy video ads, and text-dense images have their place, but short and sweet is really what makes an impact on the modern attention span.

Memes Have a Short Shelf-Life

A satirical Reddit community called “memeeconomy” caught the attention of Forbes last year when the popular business magazine created an actual quantitative analysis of meme value predictions from the aforementioned subreddit. Memeeconomy tracks the rise and fall of popular memes while advising users to “buy” or “sell.” There isn’t any currency, fictional or otherwise, exchanged on memeeconomy. It’s really just meta commentary with a hint of satire.

The point is that these images pop up out of nowhere and return to obscurity on a regular basis. A meme image that spreads like wildfire today is stale tomorrow. Therein lies the risk of incorporating memes into your marketing campaign. It's easy to appear out of touch by using an image macro that fits perfectly with your brand but happens to be out of use.

Luckily, social media marketing is designed to hit people now. The occasional meme on an Instagram account can connect as long as your social media person spends enough time giggling on the internet – hopefully off the clock. The broader implication for marketing campaigns is that the accelerated pace of cultural trends demands quickly evolving messaging.

It Doesn’t Always Have to Make Sense

In many ways, meme culture mirrors the impetus of Dadaism in the insistence to remain defiantly nonsensical and deconstructive by nature. It’s common for memes to be surreal, absurd, and dark. Those are all risky tones to adopt from a marketing angle, but if you’re going down that road, you might as well do it right.

Take a tweet from Denny's social media account, which used a then-popular “zoom in” gimmick to direct users to a message inquiring as to the state of their existential dread. Now, you may ask, what does a stack of pancakes have to do with the crushing weight of the void upon the elusive search for meaning in one’s life?

This was retweeted a little under a hundred and seventy thousand times, and now you’re thinking about pancakes. It doesn’t make sense. That’s kind of the point.

In summary, memes are a risky element to incorporate into brand messaging, but they speak of modern tastes. People expect quick messages that adapt at light speed. Finally, when you’re reaching out on social media, it’s ok if you don’t always take yourself too seriously. 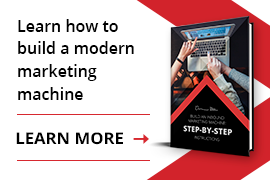 This entry was posted in Social Media, Marketing by Brent Wildman