How Developers Support Truth in Design

For all the wonders that the internet era and social media have brought to the world of technology, there has been one major problem – the proliferation of convincing, yet false, information that is spread digitally.

The issue has become so widespread that in 2016 the Oxford Dictionary chose “post-truth” as its word of the year, which describes the reduced influence of facts in swaying opinions. This is pushed further by social media's ability to spread misleading information. Let’s look at how developers can fight this spread and support the truth in their webpage designs.

Why is Supporting Truth Important in Design?

Pursuing transparency and truth in design has become a priority for developers because it's so easy to disguise misinformation online. The average person doesn't usually have the time or the impulse to fact check everything that comes along. Compounding the problem is the rise of sponsored advertising content indistinguishable from regular news.

Finding a way to stem the tide of false information is a problem that the world must contend with on many different levels, from political to societal. However, as social media and the internet are the mediums through which deceptive data is frequently communicated, it is an excellent place to start.

Some social media platforms have begun to take steps to curb blatant misinformation shared on their services:

However, these companies have complex relationships with advertisers that monetize their platform and the free speech ethics that drive user interaction. As such, many companies are reticent to invest resources in fact checking and stamping out misinformation.

The problem has gotten so bad that in December of 2016, the Pew Research Center found that 23% of Americans had shared false political news, often without knowing they had done so. These vulnerabilities make it even more important for developers to find ways to promote the truth when designing webpages.

What Can Developers Do to Support Truth Through Design? 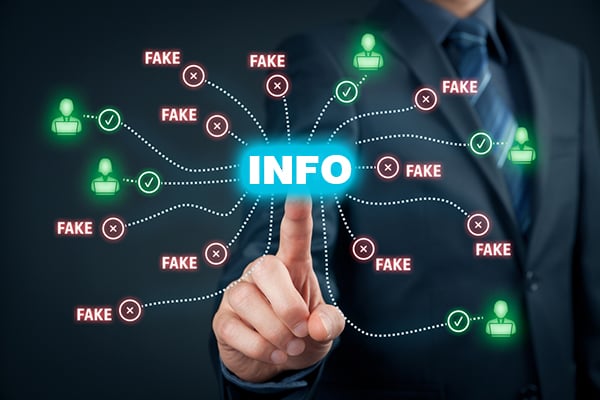 Web developers have a unique opportunity to standardize design principles that can help stem the tide of fake news. Here are some of the basic approaches that help users identify and avoid misinformation:

Let’s take a deeper look at how website developers can apply these principles to their webpages.

Problem: In hopes of creating a clean and clear UI, companies may condense information and unwittingly leave out important attribution details.

Modern design stresses clean, easy to navigate frameworks that read just as well on desktops, tablets, and smartphones. This is, of course, an excellent principle to support, but one casualty of condensing information to be consumable on smaller devices is that attribution often gets left behind.

A 2016 study performed by Stanford found that the majority of middle schoolers were unable to identify the validity of a source. In fact, the majority of respondents judged the newsworthiness of an article not by the attachment of a source, but by the length of the tweet and whether or not a high-resolution image was included.

To improve the value of truth in design, website developers should reprioritize the sources and credentials that support the articles shared on their web pages. Increasing the visibility of the sources helps readers recognize untrustworthy resources, all while boosting the credibility of the site as a whole.

Use Related Links to Provide Context

Problem: Even unbiased content can present a limited view of a subject -- leaving readers without important contextual details or contrasting viewpoints that may add clarity.

Solution: Leverage inline content links to direct readers to additional resources that may offer a different perspective or contextual background on your primary topic.

Another way that developers can promote truthful information through design is by rethinking how they present links to users. It is a common best practice on text-heavy features of a webpage, such as a blog, to include related content links in the middle and at the end of an article.

This tool is great for interlinking between your content assets or sharing ad-related sponsored content. However, it's also an excellent opportunity for developers to reframe how their web page presents information and promote truthful viewpoints and information.

The related links often serve the function of keeping a reader on the website by offering content that would appeal to them based on what they have chosen to read already. It can also be an opportunity to present contrasting viewpoints on your topic, or, in the case of controversial information, steer the reader to a more balanced perspective. 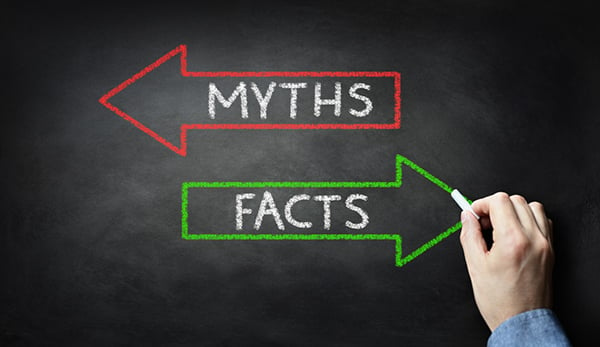 Problem: Readers often have trouble determining the origin of on-site content, leaving many to confuse genuine resources with paid advertisements.

Solution: Website developers can make content labeling a priority to eliminate confusion and increase transparency of which resources may be paid for by third-parties.

Finally, one of the most important things developers can prioritize to increase truth in their website design is to make sponsored content's labeling more apparent. This is important because the same Stanford study mentioned above presented the worrying statistic that 82% of respondents were unable to distinguish between an actual news story and paid advertising material.

When applied to a content-heavy site, such as a news portal, properly labeling and delineation in design is critically important because advertisements shouldn't be confused with news articles.

Making the distinction between these two types of material helps readers find the information they are looking for, improves the user experience and is also good for those paying for sponsored content, because let's face it - no one likes being tricked. Any short term gains from using deceptive tactics leads to failure in the long-run.

Let transparency set your brand apart from competitors who are willing to sacrifice reader trust for the sake of a few clicks.

When designing information-rich websites, keeping these principles in mind will increase the trust your readers have in your content. In addition, you'll be working to stem the tide of false news and bad information online, and improve your SEO as a result of your reliability.