Is Voice Search Optimization the Future of SEO?

There’s quite a bit of overlap with your desktop SEO strategy, but there are several key differences in typed vs. spoken queries that produce different results—and it’s crucial that you understand these differences if you want your pages to beat out your competitors’ in the SERPs.

In a younger time of SEO, voice search wasn’t a priority. It was considered an “optional” strategy used to target niche segments of users. Those days are over. Research shows that over 4.5 billion people will have mobile devices by 2020, and of all the searches made in the U.S., roughly 58% come from mobile.

Breaking it down further with data provided by Google CEO Sundar Pichai, we know that at least 20%—a full fifth of all mobile searches made on Google—are voice-based.

And when you consider the benefits of voice searching over typed queries, it’s easy to see why the trend is catching on. Google details how voice searches are changing consumer behaviors, noting several big UX improvements that voice searching offers over traditional browsing.

So, looking at the landscape as a whole, we know three key points:

This brings us back to our initial question. Is VSO the future of SEO?

Looking at the numbers, it seems like the answer would be a resounding Yes! But if it’s so important, why do so many companies struggle to get a handle on their VSO strategies?

Well, every SEO goal takes effort—but marketers seem particularly slow on the uptake when it comes to VSO. In one study of several major retailers, researchers found that many big brands fell short in their VSO goals, particularly in the areas of review response strategy, local social media, and optimizing for unbranded keywords.

Maybe it’s because companies haven’t had as much time to optimize their voice strategy as their other efforts, but it’s clear that companies haven’t quite locked into VSO strategy. And while it’s not a terribly complex concept, there are some particular nuances that may be giving them—and you—some grief.

Perhaps chief among the differences in voice and typed search is the use of long-tailed search terms, keywords, and queries. By nature, we type differently than we speak; for example, if we wanted to look up Queen’s “Bohemian Rhapsody” lyrics, we would type “Bohemian Rhapsody lyrics.” But over voice, the query may sound more like “what are the lyrics to Bohemian Rhapsody?”

The primary keywords—“lyrics” and “Bohemian Rhapsody”—are still there, but when phrased as a question (a concept known in SEO as “natural language”), it provides different context to the search crawlers that they’ll use to feed back into their algorithms.

In fact, this type of natural language processing is the very same concept that Google chose to favor with its Hummingbird update way back in 2013. And since then, its algorithms have only gotten better at determining the context of natural language queries. Reports indicate that even back in 2017, Google had achieved 95% accuracy for English voice searches. Today, we’re willing to bet it’s approaching perfection.

Is It Possible to Optimize for Voice?

As the above research suggests, there are certain benchmarks that companies can use to track how well their VSO efforts are going, but like all SEO, it’s tricky to tie marginal improvements to specific outcomes. There’s a lot of overlap in traditional SEO and VSO, and according to SEO experts (such as SEO consultant Jenny Halasz), the two often blend together:

“While voice search is certainly the future of how we will do most searches, there’s not really too much you can do to optimize for it that is different than regular SEO optimization […] Because Google’s goal will always be to return the best result based on the person, location, and history, it’s hard to guess exactly what the right answer for a query will be.”

So, is it a waste of time to worry about specific VSO improvements?

In our view, not at all. Even Ms. Halasz acknowledges that voice is the future of SEO, and with mobile adoption rising commensurately with voice queries, it’s not an area of optimization you can afford to put off. SEO moves slow, regardless of niche, and companies that want to get ahead of the VSO curve need to start sooner rather than later.

VSO In a Mobile World

You can’t afford to treat SEO—be it written or voice—as an afterthought. Users are getting so accustomed to their voice-based lifestyles that it might not be long before they can’t live without them. Google’s research showed that 72% of those who own voice-activated speakers use them on a daily basis, and even though the oft-cited claim that “50% of all online searches will by voice by 2020” has been essentially debunked, it’s still a testament to how essential voice-based SEO is—both in 2019, and beyond. 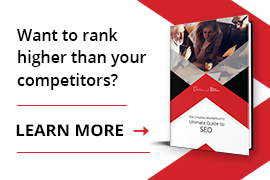